Ventnor on the Isle-of-Wight is home to the UK's oldest established colony of Common Wall Lizards, Podarcis muralis. They have been recorded here since the 19th Century and have become established in a several places in the local area including the Ventnor Botanical Gardens. Some authorities even feel that they could be native, perhaps clinging on to their most northerly European outpost but they have very likely been introduced, as at Portland Bill in Dorset.

Similar in size to our native Viviparous Lizard Lacerta vivipara (though males can be larger), they have a slightly larger, bulkier, blunt snouted head and granular scales between the supraocular and supraciliary scales. Bright males are very distinctive. I checked the main site in Ventnor today and found seven basking on the wall at la falaise car park, including a stunning green male. Whatever their origins, they are beautiful reptiles and well worth looking for. 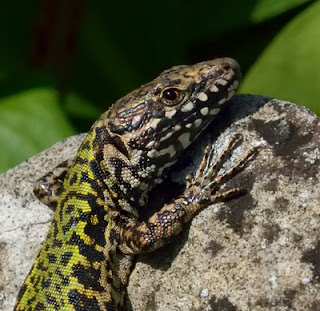 Dave H had a great day out in Devon yesterday catching up with one of the Holy Grails of birding today, the Lesser Spotted Woodpecker. He got some nice shots of the male too:

To think they use to be so common - I use to get them regularly in the garden in Chard and they use to breed at Chard res. What a sad reflection on the state of things today that these and many other species have declined so drastically.

To round off an already good day he then went for seconds of the long-staying (and well performing) Penduline Tits, which have been hanging out at Darts Farm near Exeter. Some lovely photos:

We could all do with more days like this, fantastic!
Posted by rharris at 10:20 No comments:

Thanks again to Dave Helliar for sending in a round-up of local wildlife for this week.


And rarest of all, this week's partial solar eclipse. The cloud cover actually aided viewing and no filters were needed for these shots: 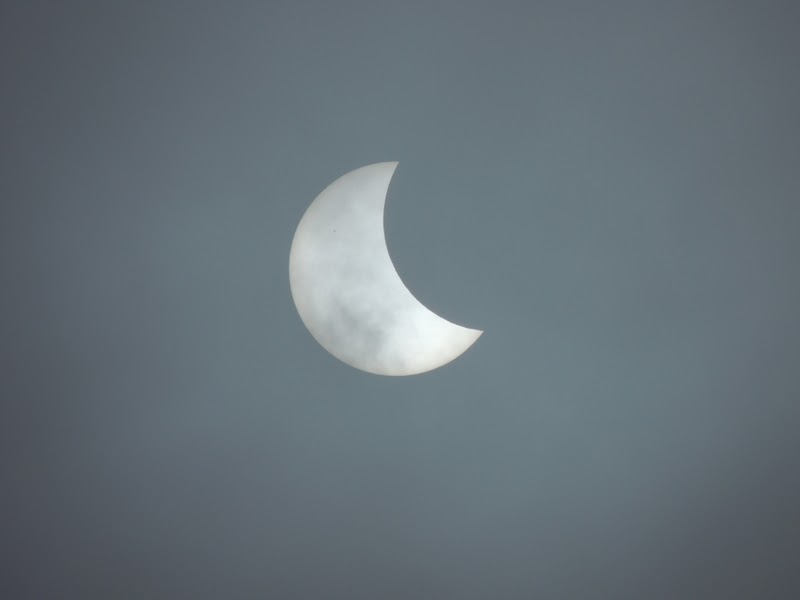 I even managed a short video of it, though cloud typically hid it from view as it reached its peak of 85%:

Thanks to Dave Helliar for sending over a few photos from his travels in the last week.

First up the lovely drake Ring-necked Duck that has been hanging around Clatworthy Res recently. Disappeared for a while but back again at the moment. Always nice to see:

A great White Egret on Catcott Lows from last Friday:

And the first real sign of spring, one of at least three small tortoiseshells seen on the east Devon coast near Branscombe.

We (Jane, Jacob and myself) are now residing at Whitestaunton about 4 miles outside of Chard to help with things around the King household since my mother-in-law sadly passed away a few weeks back. It's a great place and the wildlife very different from being in Chard. For starters there's a huge pond in the garden that's home to an annual frog gathering at this time of the year. As they gather to mate (around 50+ large adults present at the moment), they become very approachable, in fact if you sit at the side of the pond, they come to look at you! Today this allowed for some great photo ops...although I did feel I was intruding a little:


And finally a short video...

Unfortunately I've been out of commission since my mother-in-law passed away a few weeks back but will hopefully get back up to speed again soon. Thankfully Dave Helliar has been catching up with a few nice local birds following his return from Antarctica in late Feb, otherwise I'd have very little to report:

Thanks to Dave H. for the images.
Posted by rharris at 14:04 No comments: