Saturday's don't normally present much of an opportunity to go birding these days. After dropping my son and a couple of his friends at a drama club in Axminster for 10:00, I get just under an hour-and-a-half to myself before having to pick them up again at 11:30...and that's the morning gone.

Well today I lucked-in. A Hoopoe had been found in Musbury on the evening of the 28th April and showed well again yesterday. When news appeared this morning that it was still there I dropped the kids off in good time and headed the 4 miles from Axminster to Musbury in the hope of catching a glimpse of it myself.

When I arrived I could see a small group of people through the trees, leaning over a gate on the other side of a small pond about 100 meters away looking generally in my direction. A scan of the area around the pond produced nothing so I decided to walk along the lane towards the group. I hadn't gone far when a couple coming the other way who told me that it had flown towards where I'd been standing because they (the group of people) had been "talking too loudly". At this point I wasn't sure I was going to see it in the limited time available so instead of joining the group I decided to stay put and hope it put in another appearance. After 10 minutes I noticed it feeding actively just 15ft the other side of the hedge that I was looking over and I ended up getting some of the closest views I've ever had in this country, a great bird!

Again the Nikon P900 came into its own - completely silent, I could get some good images and video without disturbing it at all.

After spending some time watching the Hoopoe I decided to leave it be and take a quick walk around the Trinity Hill area in the hope of finding a few reptiles but unfortunately there was nothing to be found today except a few Lousewort plants in flower, my first this year. 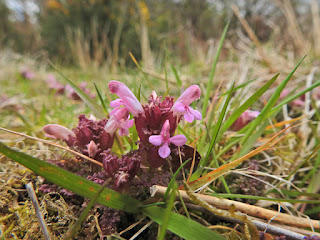 Montagu's Harriers are rare birds in the UK and seeing one locally must be one of the highlights for any birder. This week one turned up at Seaton and not only stayed 24 hours for birders lucky enough to connect with it but it was even mobbed by a Red Kite at one point - itself not a common bird of prey in this area. What an amazing sight...

Dave Helliar did well to get any pics of this elusive bird - not easy to do with a bridge camera!

The Smooth Snake Coronella austriaca, our rarest native reptile and always a thrill to see. This stunner was one of the earliest I've seen. Not that it's an unusual time of the year to see them, just that they are so scare I've never found one so early in the reptile season before. The name comes from the smooth, keel-free scales whilst the tail length and colouration all indicate this one to be a male in breeding condition. More about Smooth Snakes can be found on my reptile page.


Add to this a list of great birds including loads of Dartford Warblers, a handful of Woodlarks, a Lesser-spotted Woodpecker, first Tree Pipits of the year and a single Sand Lizard Lacerta agilis and you have an awesome morning out in Dorset, one of my favourite counties.

At last, a few spring migrants have started to arrive over the last couple of weeks including a few scarcer species. Dave Helliar came back from Australia and New Zealand just in time to start wrapping them up including this nice selection of goodies...


Many thanks to Dave for sharing his photos, a reminder that there have been some really nice birds around locally and hopefully many more to come.
Posted by rharris at 10:56 No comments:

Adders on the Isle-of-Wight...

The I-O-W is definitely a good place for Adders Vipera berus. There's plenty of suitable habitat across the Island, especially along the southern coast and no sooner had we arrived last Friday than I stopped and found this lovely male basking near some gorse bushes. I'm incredibly pleased with the Nikon p900 as it allows for some great shots without having to disturb the snakes. These were taken from about 8 ft away:

Also had time for a little bit of rock-pooling with the kids and found this lovely Snake-locks Anemone Anemonia sulcata:

And plentyful supplies of these colourful Turban-top Gibbula magus shells too: 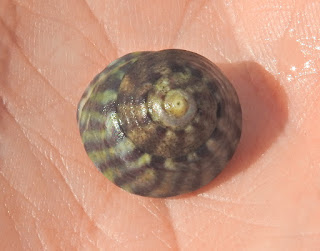 Although I saw good numbers of Wall Lizards Podarcis muralis again this year, the temperatures were unseasonally cool and none except this little chap were basking.

Our annual holiday to the Isle-of-Wight started last Friday and is very much dedicated to spending family time together. That said, I'm always on the lookout for wildlife, I just can't help myself! Yesterday we took Jacob and his cousin to the swimming pool in Ryde, a place where I traditionally get a bit of time to myself to check the beach front for Med gulls. There were three on the receding tide, including this distant 1st Winter bird.

But the best was yet to come. The boating lake, which is right next to the swimming pool is always checked for Meds too, but a quick scan soon picked up a 1st Winter Little Gull, which was picking on the Black-headed Gulls and showing very well indeed - probably the best views I've ever had, as close as 10 ft at times!


The light wasn't always great but it was so close I couldn't fail to take a few decent shots of it. Always lovely birds to see.

Today I had my first swallow of the year and I also added another adder to my holidays list plus a Sandwich Tern at Shanklin.
Posted by rharris at 20:41 No comments: