Thank God my son loves going for walks along Seaton sea front!  This morning we arrived just as local birder Phil Abbott had found a large, dark object moving about on top of the water just off Beer Head. At first sight it appeared as though it may have been a large Leatherback Turtle but soon revealed itself to be something quite different.

As we struggled to get good clear views because of the distance, it showed just long enough for a few photos,the best of which are shown below.

It was in fact a Northern Bottlenose Whale!  It showed briefly but fairly frequently and we watched it over a 40 minute period before continuing with our walk. It was seen again several times over a two hour period before we left around 1 pm. I'm not entirely sure of their status but they are certainly not common around the UK coast and this was a great find by Phil.
Posted by rharris at 16:26 No comments:

So our holiday in the Western Highlands was over. We had arranged to spend an extra day in Scotland rather than just driving back to Inverness airport and wanted spend that time revisiting some of our old haunts in the Central Highlands. After packing up and leaving Dornie behind us, we made our way towards Kingussie and Feshiebridge just to the south of Aviemore stopping at Darwin's Rest on the way.


We didn't have too much time in the central Highlands but I was fortunate enough to catch up with a couple of Crested Tits and a short walk around Loch an Eilein produced more Scotch Argus and a single Dark Green Fritillary.


Not a bad way to finish an excellent holiday. I'll definitely be returning to the west coast again soon.

We were nearly at the end of our trip to the west coast of Scotland and the unanimous opinion was that everyone wanted another boat trip to look for some wildlife (particularly me). We headed back onto Skye once more but this time ventured further north towards the town of Portree.

Having already Googled trips out of this town we had settled on Spindrift Boat Trips, who offered a dedicated 2 hour wildlife viewing excursion. After lunch in Portree, we made our way to the main pier behind the lifeboat station and boarded the boat. The weather was just about holding and the forecast rain had yet to appear, however the wind had picked up and it looked choppy outside of the harbour.


It wasn't long before we saw our first White-tailed Eagle soaring above the sea cliffs just outside Portree Harbour, a younger bird and relatively close. Withing minutes it was joined by both adults to put on a spectacular show lasting over a quarter of an hour.

We left them and headed across the water towards the Island of Raasay, which sits 1.7 miles off the eastern coast of Skye. This part of the trip was primarily to see Harbour Seals but I picked up a Bonxie and another adult White-tailed Eagle as we approached.

On our way back to the cottage we made another quick stop at the hide in Kylerhea hoping for an otter. No otters but another beautiful Golden Eagle performed well as we dropped down off the mountain pass. What a fantastic day! The following day it was time to head home.

Five days into our holiday on the Scottish west coast and I get the opportunity for a morning of  birding. I decided to head back onto Skye to look for more eagles.  After crossing the bridge I made a quick stop to photograph Hooded Crows on the green at Kyleakin.

Then it was on to the RSPB Otter Hide at Kylerhea, which overlooks the narrow straights between Skye and the mainland. This narrow straight is served by the original Gleneld - Skye ferry. This place has White-tailed and Golden Eagles, Otters (no surprise there) and both Grey and Harbour seals. Today though...only Grey Seals and a flock of 32 Goosander.

I should mention at this point that I've been on the lookout for Otters all week and Pine Marten too. Despite being in probably the best areas for both of these species anywhere in the UK, it wasn't to be. I even took to performing night drives around many of the narrow, single track roads in the area to try and glimpse a Pine Marten but I continually drew a blank. Both have even been seen at our cottage in Dornie! We met locals who see them regularly. Persistent though I was (early morning walks and late night drives) they will just have to wait for my next visit.

After leaving Kylerhea I drove further along the coast to Torrin  (another site for Dark Red Helleborine), though the weather had taken a turn for the worse by then and it was raining steadily. After a much needed coffe stop at The Blue Shed, I drove around the Loch to look for a more sheltered spot to stop. After half-an-hour the rain had eased off. I got out of the car to look at some Common Butterwort that had finished flowering.

I then scanned the surrounding mountains and there it was, a Golden Eagle flying in front of the mountain at the end of the Loch about half a mile away! I saw it land on the mountain and then frustratingly lost it to view. I only had bins with me and by some miracle I managed to find it again, see if you can spot it.

Eventually it took off again and was almost immediately joined by two others, what a fantastic sight to see, I couldn't believe my luck.  The original bird then glided straight towards me and passed within a few hundred meters.

I was ecstatic, I had waited all week to see one and then three came along at once!


By the time I'd finished watching these magnificent birds it was time to rendezvous with the family again so I didn't get time to look for the Dark Red Helleborines, can't have everything. We finish the day with a visit to the local cinema. Not just any cinema though, this is the mobile cinema operated by Screen Machine.  It's a fold out articulated lorry trailer that converts to an 80 seat cinema and has all the comforts of the real thing - great fun! 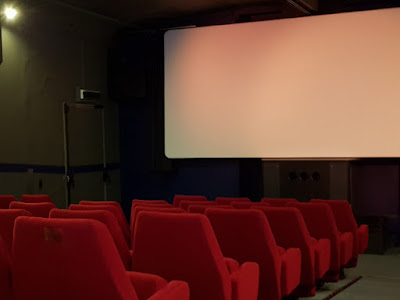 Day four of our visit to the west coast of Scotland and we decided to take a boat trip to see some of the local sea life with Calum's Seal Trips out of Plockton (if you're old enough to remember Hamish Macbeth with Robert Carlyle - it was filmed here).

There's certainly a chance of seeing more White-tailed Eagles on this trip as well as Golden Eagles over the mountains along this stunning coast but the primary focus is the local Harbour Seal colony.

The scenery here is just as beautiful and mesmerising as anywhere else on the west coast and to be honest if I hadn't seen anything else it wouldn't have really bothered me.

Before very long though we found our target species, Harbour Seals and lots of them.


The following day we made a (very) late start and decided to explore the mainland a bit further afield heading north along Loch Carron.  As it's a family holiday I didn't get everything my own way and our first stop is Attadale Gardens. This may not sound like a bad stop, and it isn't, it's just tantalizingly close to a site I'd been given for Dark Red Helleborines but I'd have to be patient and wait. Attadale did produce a lot of Spotted Flycatchers though, which were good to see. This recently fledged bird was particularly approachable.


We eventually head for the helleborine site but despite a thorough search and with light failing, I didn't manage to locate them. Not to worry, there's always next time...
Posted by rharris at 20:28 No comments:

Scotland is a beautiful country, there’s no disputing that. Having visited the central Highlands several times, I thought the scenery there was hard to beat, however a family holiday to the west coast has just surpassed it and it’s pretty darn good for wildlife too!

Based beside Loch Long at Dornie, I had easy access to Skye and the western mainland of Ross & Cromaty and Inverness. The mountains are towering and the vistas dramatic, great country for eagles!

Our first stop after flying from Bristol to Inverness was a night at Loch Ness, just to break the journey. I was immediately rewarded with good views of Red-throated Diver.

The next morning we continued south for a while before turning west towards the coast and our destination, Dornie. This would be our base for the week in a rented three bedroom cottage on the shores of Loch Long. Dornie might be small but it has Eilean Donan Castle, one of the most photographed castles in Europe and you can see why, it’s set in a stunning location!

The first birds seen as we drove along the Loch shore to our cottage was a small flock of Greylag geese and a few Hooded Crows.


Loch Long is a tidal sea loch brimming with Grey Heron, Oystercatcher, Common Sandpiper and Curlew. The fields on either side of the cottage were full of Meadow Pipits and a small flock of Twite routinely gathered on the telephone wires between us and our neighbours though they proved too flighty to photograph. 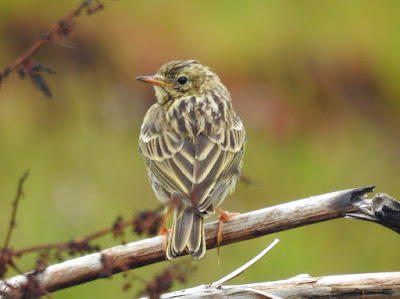 
The mountain valley beyond the end of the Loch is also home to 1-2 pairs of Golden Eagles. Unfortunately I never got to grips with them there.  My best chance would be on Skye.

Skye is somewhere we'd always wanted to visit so we decided that's where we'd head on day two of our stay. The South of the Island is dominated by the Cuillin Mountains, which rise to heights of over 900 m! The road north of the town of Broadford meanders around several sea lochs that cut into the coastal fringes. These are home to good sized flocks of Common Eider. Loch Ainort contained over sixty right by the road.

We were heading for Dunvegan Castle over on the west side of the Island.  I'd been told that both Golden and White-tailed eagles had been seen from here. Today though, only a few harbour seals, Spotted Flycatchers and a showy Song Thrush.


We were close to the northwest coast of Skye and decided to drive the road towards Loch Pooltiel and the Neist Point Lighthouse. This yielded a smart male Pied Flycatcher and a Twite but still no eagles. We looped back and stopped where the Hamra River empties into Loch Pooltiel and found my first Scotch Argus of the trip. Being overcast it settled in the grass and wouldn't show properly.

Hooded Crows are a common sight all around the west coast of Scotland and often sit perfectly for a photograph.

Just before we left I scanned the mountain ridges to our north one last time and immediately picked up a White-tailed Eagle as it dropped over the ridge and flew parallel to us about half-a-mile away. As it did so it was joined by two others and they soared briefly before vanishing over the ridges once more. This was pushing the Nikon P900 to its limit but you can still make out what they are.


Then it was back to Broadford and the wonderful Cafe Sia for brilliant homemade pizzas and coffee for dinner.


What a great way to finish our first trip onto Skye.
Posted by rharris at 16:16 No comments: